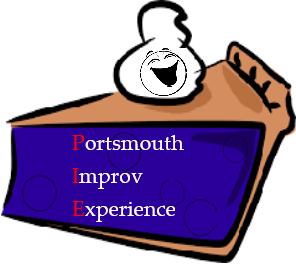 This class is for adults of any experience from first timers to pros. We will work on improv skills such as relationship building, listening and reacting to your partner, and being in the moment

Class is on every third Saturday of the month 5:30-7:30pm, Milton Village Hall, Portsmouth, UK

For more about Brian

Brian Armstrong has been an improviser for 15 years. He took his first improv classes as a theatre student at New Mexico State University, and subsequently joined a group called Baloney Sans Wits based in his hometown of El Paso Texas. Brian organised an improv show in Las Cruces New Mexico as a warm-up act for a festival of one-act plays, and this was the foundation for forming his own group, On The Wing. For several years, On the Wing performed regular improv gigs at restaurants, bars and hotels in Las Cruces New Mexico as well as producing short video sketches on the side. Brian then moved to London and focused on scriptwriting while earning his MA degree from Central School of Speech and Drama. After returning to the USA, Brian began teaching English and Drama professionally, and joined Not Burnt Out Just Unscrewed, the house team at Unscrewed Theater in Tucson, Arizona. At Unscrewed, Brian performed regularly with the main house team and also had the opportunity to take workshops and perform with renowned guests such as Jill Bernard, Paul Vaillancourt, and David Razowsky. After moving back to the UK, Brian has done his best to meet up with improvisers from London, Hampshire and the Midlands. This December, Brian went to Improv Fest Ireland in Dublin, perfomred with David Razowsky and met with amazing players and teachers from around the globe. Brian has started Portsmouth Improv Experience in order to try get an improv scene going in Portsmouth.

For more about PIE

We suggest moving this party over to a full size window.
You'll enjoy it way more.
Close
Go Fullscreen